When things don’t go as well as planned on complex initiatives (think Crossrail) it’s counter-intuitive to consider that the endeavour’s organisation model might be insufficiently complex, but for organisational effectiveness this may be exactly where you need to focus. Few people would feel comfortable in a board meeting making a stand for adding complexity to the way an already-complex programme is run. Instead, the mistake we often make is to attempt to manage the complexity by wrestling it to the ground through governance: control the beast. Why this can be a mistake is that it confuses the ‘complex’ with the ‘complicated’.

What is the law of requisite variety?

There’s a golden rule in systems thinking that says the organisation of any system (like the complex programme you might be leading) needs to be at least as complex as the environment is which it seeks to thrive. It’s the “Law of Requisite Variety” and it runs counter to the trend for simplification, doing more with less, and managing things ‘lean’.

Complicated programmes operating in predictable environments lend themselves to formal governance and control. Complex environments, by contrast, are hallmarked unpredictable environments where this is a potential for surprises, curve balls, and emergent, derailing events that are difficult to foresee or accommodate in a programme plan.  The budget and delivery overruns experienced on the Crossrail programme, for example, were late discoveries that the governance systems simply didn’t pick up. Not because they were poor at what they were designed to do, but because they were insufficient. Adding in yet more controls would be a natural response, but still an insufficient approach.

This is where the idea of a hybrid organisational design comes in: overlaying ‘formal’ (control-based) mechanisms with complementary approaches designed, not for control, but for connecting, communicating and co-ordinating responses to the emerging signals of brewing opportunities and pending derailers. One such approach (and fundamental mindset shift) is to apply ‘team of teams’ thinking – a term first coined by social entrepreneur Bill Drayton and popularised by retired US Army General Stanley McChrystal in the book Teams of Teams: New Rules of Engagement for a Complex World.

The core mindset shift is to consider any organisation as a connected collection of teams (a ‘team of teams’) and to start with the default assumption that the collective is not connecting, communicating, and co-ordinating as well as it needs to, given the complexity of the shared endeavour and the changing environment in which the component teams are operating.

This assumption then opens the door to applying high-performing team practices to the whole through inter-team coaching. When we remind ourselves that an organisation (be it a programme, a company, or an alliance of entities) is nothing more than a collection of teams, we open up a range of new possibilities for orchestrating the whole without ripping up, or redesigning, what’s already in place.

In the next blog we’ll look at some specific team-of-teams practices, more on high performing teams and how leaders can get started with inter-team coaching. In the team time, if you’d like to discuss organisational effectiveness and how team-of-teams thinking could apply in your context, please get in touch.

A guest blog for FP from Alan Hocking. /https://www.linkedin.com/in/alanhocking 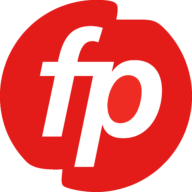 If you want to get more value out of your procurement spend, or you just want to know more about us, request a callback above or send us an email and we will come straight back to you.