The NHS is a centrepiece of the U.K. It is a unique, open access healthcare system, virtually free at the point of use. It is also the fifth largest employer in the world (after the us and Chinese military, India’s railway and either India post or China post, depending on years), and consumes more of the U.K. GDP than defence and education together. And it’s in trouble.

More is being spent than is in the budget, and demand continues to increase. To add to that, the services which are being provided are becoming more complex and more expensive, adding to the woe. This seems bleak.

However, there is a way forward that has been explored, tried in part and seemingly struggles to gain traction: spending less on goods and services through sound commercial approaches. Those of us who have looked at the way the NHS buys stuff all have an absolutely common and shared belief; that there is an amount of money available to be saved which is greater than the size of the financial hole being described.

This isn’t about poverty wages, slashing services or reducing hours. This is about paying the right amount for the right goods and services, and making sure that value is extracted. Examples abound. Even simple things are bought in a way that suggests that there is an infinite budget available, with no comprehension about the impact of adding complexity and cost to the whole process.

Many have tried and failed to impact this. The mind numbing complexity and governance of the NHS with its hundreds of independent units makes for a significant challenge, which needs a truly firm hand and vision to manage. The stakeholder groups are broad and deeply influential; the medical consultants hold huge sway, able to derail even sensible suggestions, with no accountability for the financial impact of their influence. Politics, both local and national, slow decision making down to less than a crawl.

In truth, a funding crisis may be exactly the critical event that the patient needs to avoid death, to provide a behavioural jolt to the collective mind of the organisation.

This has been addressed on a regular basis in other organisations, both commercial and public sector. Approaches are well developed, understood and available, and have been shown to work in a wide range of complex organisations. This isn’t the issue.

Price and cost challenges which have been developed all show great opportunity for saving, so there’s a commercial opportunity which is available. This isn’t the issue.

The shared need is clear. Getting costs down is known, although there may be political reasons for hoping that the issue will go away. However, it is clear, and unlikely to go away immediately.

The gap appears to be an absolute sense of leadership for the change in approach necessary to deliver saving; both in terms of showing an expected direction, but also in spelling out expected behaviours. This is made harder because of the wide devolution of power across the organisation as a whole, but also because of the absolute focus of much of the organisation on clinical delivery (correctly so).

Our big question as taxpayers should focus on the lack of leadership in the NHS to address the continued waste of resources through poor commercial practice. If we could get to that, the opportunity available will close the undoing gap rapidly. 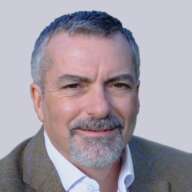 Category management and the sectoral challenges